Yes, the point of an ad is to sell you something. And yes, it is probably something you don’t need. Yet given that ads are part of our world, no question I do prefer those that at least appeal to the better in each of us. As for those that hawk their product by suggesting that we annoy others and make fun of each other even more cruelly? Eh, I didn’t need what they were selling anyway.

Ads in this latter category are everywhere. For a while the Miller Lite commercials that used attractive but slightly tough looking women to insult the masculinity of guys who dressed or acted a little different was at the top of my “you’ve got to be kidding” list. Fine, no Miller Lite at my house. I like foreign beers better anyway. For more on this particularly offensive ad campaign, check out a great post on a blog called BitchMedia here.

Last night I was puzzled as I watched an ad for Netflex in which people kept annoying others by throwing out spoilers for movies their companions had not yet seen. Oh what fun. Let me spoil another movie for you. 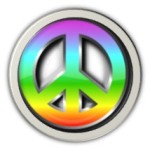 The other extreme, of course, are ads that appeal to the greatness in each of us. Yes it was syrupy, but if you are old enough to remember seeing a 1971 TV ad with a bunch of teenagers from the world over standing on a hill together singing “I’d like to Teach the World to Sing in Perfect Harmony” I bet you liked it the first time you saw it.  Come on, you know you did. Probably the first several times. And if you didn’t see the original, check it out here. It’s very 70’s, but you will probably still like it.

Yes, yes I know quite well that Coca Cola is bad for your teeth, your bones and your stomach.  It has caffeine, used to have cocaine, and is filled with high fructose corn syrup.  We should all drink water instead.

But guess what their latest ad campaign focuses on?  These people are really stuck on world peace. Looks like Coca Cola is now designing vending machines that will allow a purchaser to wave hello to buyers in other countries. Particularly in countries they don’t get along well with. Clearly this is going to require some real time filtering to keep the idiots from mooning each other, but the idea has hope. It might even give hope. See more about this at Advertising Age here.

Consumers need to be wary and informed. And they need to drink water, mostly. But every once in awhile we all get to indulge ourselves. I pick my treats using lots of different criteria but I confess that if I’m going to drink a beer, you know what product it won’t be. And if it’s going to be soda — I’m buying from the world peace guys.

One thought on “Ads for world peace”