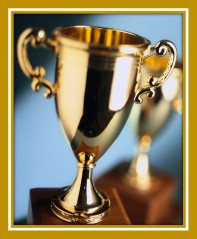 Open the envelope.  Award the trophy. Quickly commend the losers who participated and thank the spectators and the organizers. Then, cut to the interviews with the winner. We get background pieces for color, and praise from the experts.  Finish it all off with a final shot of the victor or victors waving their prize with the stark joy of success etched onto their faces.

We love the formula, whether it involves singing or acting, playing tennis or hockey, driving a race car or riding a race horse. We love a winner. We hate to lose.

The man I share my life with doesn’t write fiction like I do, or create in any of the more conventional senses of the word. Rather he puts his creativity into how he lives. Almost every day brings some new idea that leaves me wondering, how did he think of that? Clearly, I like this about him.

One of his most recent ideas involves three letter words. There aren’t so many of them and he is on a search to find the most meaningful and thought provoking three letter words in the English language. He’s got folks making lists and arguing for their favorites. He and I are on a road trip right now, electing to turn an eighteen hour drive into a three day journey using back roads and having leisurely nights. Our conversation in the car is better too and he announces that he has thought of a new one, and it is one of the best yet.

I know exactly what he is talking about, and he challenges me to think of it.  It begins with the letter “t” he says.  Okay. Top. Good one but no.  How about try? Better, but no. Tug?  He likes tug, thinking that sometimes we all need a helpful tugboat to keep us in the deepest part of the channel as we come into the bay and head to the harbor. But tug isn’t the word either.

I’m starting to get frustrated.  I hate losing these little games even if they’re silly and I’m only playing against him or myself. So he insists on giving me another clue. The word has two vowels. Well that certainly narrows it down. Too? Tea? Tau? Tie?  I’m not getting a lot of deep meaning out of any of these. 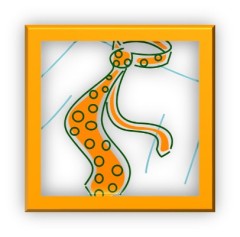 “Tie,” he says. “It’s a great word. Think about it.”  I’m thinking. My mind goes to tying up your livestock and moves on to fifty shades and finishes off with uncomfortable men in neckties. Really?

“Think about it,” he insists. “A contest without a winner and without a loser. A tie. We used to have them in football, in lots more sports in fact, but over the years we’ve added overtime and tie-breakers everywhere because no one likes the idea that this particular time around nobody won.”

I get it. It’s wonderful when you or your side wins. Even losing can bring renewed determination, new strategy, better training. But maybe we could use  a few more contests that end in ties. Aren’t concepts like “nobody did significantly better than anyone else” or “these two did here did equally well” concepts worth embracing too? I think that they are.

So, of course, is the knowledge that not everything is a contest, and the wisdom that not every contest matters. In truth, we’ve got win, lose or draw, and we’ve also got “didn’t bother to keep score” and the ever popular “Huh? We were playing a game?”  Each one of those deserves its own place in the grand scheme of things. Maybe especially the last one.

(It looks like I am fond of this title …. I used it on my blog for the novel z2 back in February and forgot all about it! Check it out here to see the same title go a whole different direction.)

For some additional thoughts about when natures grants a tied score, visit my z2 blog for my latest post here. And for a few later thoughts on the merits of a close game please visit my y1 blog here.