You don’t have to spend much time walking around the parks and government buildings of any city to notice that monuments are erected to warriors. Battles are commemorated. If there is a memorial anywhere to a thousand days of uninterrupted peace, I’ve never heard of it.

You don’t have to write novels like I do to grasp that humans enjoy hearing about conflict. It is exciting to watch emotions flare and buildings explode. There is a reason that “Fate of the Furious” (eighth in the Fast and Furious franchise) is coming to a theater near you and a movie about a quiet afternoon nap in a sun-dappled park is not.

But what we find entertaining is not the same as what we want in our everyday lives. I want good health, quiet moments, and easy travels for me and those I love and even for those I don’t know. So while it’s true that I like to read about a good fight, it’s also true that I want my life to be a series of soft spring mornings and cozy winter nights. I want a life that would make a terrible novel.

And that is why I believe that people in the entertainment field make horrible choices for politicians.

For a look at what I mean now, well, take a look around. 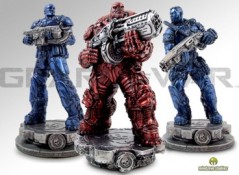 Although we’ve all heard that the current U.S. president thrives on conflict, it wasn’t until a friend asked me what I thought of his exchange with Australia’s Prime Minister and his announcement of having put Iran “on notice” that it occurred to me that our foreign policy was being orchestrated by an entertainer. It had seemed obvious to me that the campaign rallies were cleverly staged theater, but I never considered the implications of having the same philosophy applied to our dealings with other nations. We all know what makes for good entertainment, and for ballads and statues as well.

So the implications for world peace have really sunk in for me. Whether you love or hate the man’s domestic policies, the fact is that he’s approaching international relations like a reality TV show. The implications of that for the chances of a peaceful four years could not be worse. I think it is fair to say that if what he does today doesn’t cause sufficient ignition, he’ll find a way to provoke others tomorrow. In fact, he’ll probably provoke others either way.

Some of my friends think he sees himself as a warrior hero, although he’s never been either one. My husband thinks he just wants to make sure that he gets a great big statue of himself erected somewhere near the Washington monument. I think he not only likes to put on a good show but he also finds the conflict itself exhilarating, Unlike most of us, he does not have peace as a goal.

The problem is that if he doesn’t enjoy world peace, we don’t get to either.

2 thoughts on “Peace is Boring”