Today it is my pleasure to welcome Mark Reutlinger and his crime caper novel, Murder with Strings Attached.

Sometimes even the most carefully conceived burglary can take an unexpected turn. Florence Palmer has her eye on concert violinist Aaron Levy’s priceless violin. Unfortunately, she finds it’s already been stolen. Her surprise doubles when the virtuoso she’d planned to burgle offers to hire her to help him steal it back. But they’re not the only ones looking for the missing violin. When Flo inadvertently becomes the prime suspect in a case of murder, she and Aaron need to clear her name. Will they find the real killer and get the violin back to its rightful owner without anyone else, especially themselves, being killed? 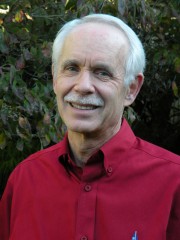 MARK REUTLINGER is an attorney and former law professor. He now writes novels in which the law is frequently broken, including his “Mrs. Kaplan” cozy mystery series (MRS. KAPLAN AND THE MATZOH BALL OF DEATH and A PAIN IN THE TUCHIS) and the political thrillers MADE IN CHINA and SISTER-IN-LAW: VIOLATION, SEDUCTION, AND THE PRESIDENT OF THE UNITED STATES (under the pen name M. R. Morgan). MURDER WITH STRINGS ATTACHED is his latest novel. He is also a reviewer for the New York Journal of Books.

Mark and his wife Analee live in University Place, Washington, where in addition to reading and writing he plays clarinet with the Tacoma Concert Band and enjoys tennis, biking, exotic cars, model railroading, and various arts and crafts. He has no idea where he finds the time for it all.

I was going to use my “one phone call” (assuming a person really gets one and that’s not just something they say in the movies) to call Aaron, but I didn’t have to bother. Almost as soon as I arrived at the police station, Aaron, who obviously had been watching developments and following the police car I was in, walked in and inquired how I might be released. Given the relatively minor nature of the charge, despite what they might actually suspect, and my clean record, despite all the burglaries they were thankfully unaware of, bail was set according to a standard schedule rather than my having to wait to see a judge the next day.

I don’t know how much it cost Aaron to bail me out, but of course whatever it was, he could well afford it; and besides, he owed it to me. After all, I was really just his employee, and surely posting bail is a standard employee benefit.

When all the necessary papers had been signed and funds transferred, Aaron and I walked out into the sunshine that I’d been afraid I wouldn’t be seeing for quite a while.

On the way to Aaron’s car, I gave him a hug and a little kiss on the cheek and thanked him for extricating me from the pokey and doing it so quickly. He looked a bit embarrassed by that, but he cleared his throat and said in his best businesslike manner:

“Okay, so why’d you shoot him, and where’d you put the violin?”

Mark Reutlinger — we appreciate your sharing your book Murder with Strings Attached with us! Best of luck with sales, and with all of your future writing.

One thought on “Murder with Strings Attached”