My 4th novel is out on Kindle today! Please check out Teddie’s story here at Amazon and share it with others if you enjoy it.

Teddie’s life as a sixteen year old hasn’t always been easy, but nothing has prepared her for the unexpected dangers she encounters as an exchange student in Darjeeling. A frightening world in which young girls are bartered and sold stretches its icy fingers into the beautiful resort town and touches her friends one by one.

Terrified, Teddie finds that her own mind develops a unique ability for locating her friends and that an ancient group of mind travelers is willing to train her to use her new skill to save these girls. It will require trust in ideas she barely believes, and more courage than has ever been expected of her. When it becomes clear that the alternative is her friends’ deaths and the unchecked growth of an evil crime lord’s empire, Teddie accepts the challenge and shows those guilty of unspeakable crimes just how powerful a young woman can be.

c3 is part of 46. Ascending, my collection of loosely interrelated novels about five very different family members who each discover that they can do the extraordinary when circumstances require it. I have designed these books to be read as stand alone stories or in any order.

If you enjoy c3, consider z2, the tale of Teddie’s father as he learns to use his ability to warp time to protect Teddie and her friends against a threat from a white supremacy movement at Teddie’s high school, available here. You may also enjoy y1, the story of Teddie’s brother Zane as he develops an odd ability to alter his appearance. You can get it here. Of course please check out x0, the subject of this blog and the story of Teddie’s telepathic mother as she finds herself the unlikely hero in a rescue mission in Nigeria.

c3 is out on on Kindle starting today (January 31, 2014). It will be available in paperback and in other electronic bookstores early this summer.

Also, check out my new blog for c3 here. Not only will I feature fun tidbits about the book and information about giveaways, but I will also be blogging about the struggles faced by real life young women the world over, and be telling stories of the true heroes amongst them. 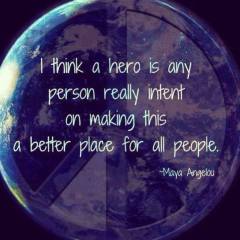 I write speculative fiction, in a genre known as magical realism. In my worlds, fantasy-type things happen as part of normal reality and you, the reader, are hopefully convinced that neither magic nor yet-to-be-invented science are involved.

Each of my books concerns a character with a different superpower, and each time I have struggled to invent ways in which the power doesn’t work. It turns out that the abnormal abilities are fun, but it’s those limitations that make for a good story. In x0, my first protagonist discovers that she is a telepath. I could tell early on that if I let her powers go wild, by halfway through the book she’d pretty much run the world. That’s not much of a story.

One solution was to create villains with equal or greater powers, but this yielded a sort of comic book cosmos that wasn’t what I was after. I wanted a believable lady in a universe that looked like my own, in which she dealt with dangerous but real people. So, she could read minds, but obviously not easily or at a distance or all of the time.

In my second book, y1, my main character is a real life shape shifter. Once again, if he could turn himself into anything and he had even a little imagination, he ought to be in charge of everything before the plot really gets going. Luckily, I developed his powers as being rooted in his amazing fine muscle control and certain chameleon-like color alteration abilities. That left him limited by his hair, his clothes and his approximate size. No turning into wolves or refrigerators or flies on the wall for him. His limitations helped me craft a plot that involved the fanciful but didn’t spin out of control before it even got started.

My hero in z2 can slow down the passage of time to the point where it almost stands still. Once again I was challenged to limit his capabilities. He begins the book thinking that his unique talent only shows itself when he is playing sports. As he finds himself in a variety of physical emergencies, he figures out that he is more versatile than he realized. Fortunately it takes him to the end of the novel before he learns to dependably control and use this power. This lack of knowledge about how and when his superpower can be called upon allowed him to occasionally save the day without becoming too powerful.

I am now finishing up final edits on c3, and beginning my fifth book d4 and both introduce new superpowers developed in the other family members. I’m enjoying playing with these new plot lines, and working my hardest to keep my remaining super people from becoming entirely too invincible. I want them to ultimately save the day, but not until they  have had adventures that my readers will enjoy.

(Note: I originally wrote this as part of a blog tour with Orangberry Book Tours and this content has appeared at Bunny’s Review, Me, You & Books, High Class Books, Reading the Dream Life and at Imagination in Books. )

I’m building a world. It’s very much like the world we live in, but the differences are what make it worth visiting. In my special universe, there is a growing number of telepaths, working as agents of empathy. They belong to an organization known as x0, and its members rescue and train others as they work for world peace.

There is also one very unique shape shifter, whose friends each celebrate their own uniqueness in an organization called y1. Meanwhile an aging athlete has formed a group known as z2 for those who are able to slow down time, or who are trying to understand the nature of time better.

Now there is another secret organization, with a power and mission all of its own. Please consider visiting the universe of c3 in late December, and join a teenager from Texas as she comes to terms with a skill set unlike any other.